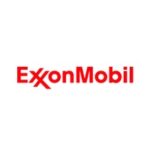 It’s not necessarily the oil standard, but Exxon Mobil is the world’s largest integrated oil company (ahead of Royal Dutch Shell and BP). Exxon Mobil engages in oil and gas exploration, production, supply, transportation, and marketing worldwide. In 2011 it reported proved reserves of 24.9 billion barrels of oil equivalent, including its major holdings in the oil sands through Imperial Oil. Exxon Mobil’s 36 refineries in 20 countries have a throughput capacity of more than 6.2 million barrels per day. The company supplies refined products to more than 25,000 gas stations in 100 countries. Exxon Mobil is also a major petrochemical producer. Geographic Reach With oil and gas holdings in Europe, the US, and eastern Canada, the company is looking for new opportunities in West Africa (both onshore and off) in South America and the former Soviet Union. In 2011 the company agreed to spend $1 billion in a joint venture with Rosneft to explore oil and gas fields in the Black Sea. Operations Through ExxonMobil Chemical, the company develops and sells petrochemicals (including ethylene, propylene, and their derivatives, which make up the base of most other petrochemicals and plastics). Another unit mines, coal, and other minerals. Exxon Mobil also has stakes in electric power plants in China. Financial Analysis Bouncing back from the global recession (which hammered commodity prices) in 2010 the company posted much higher revenues and income thanks to increased prices and greater demand for oil and gas. Higher oil prices, increased demand, and ramped-up production drove revenues and income even higher in 2011. To raise cash to pay down debt, in 2012 the company sold its North Sea assets to Apache for $1.25 billion. Strategy In a move to replace the decline of oil reserves from its mature fields, in 2010 the company acquired XTO Energy. The $41 billion all-stock deal added XTO Energy’s unconventional natural gas production assets (45 trillion cu. Ft. Equivalent of shale gas, tight gas, coal bed methane, and shale oil). Adding to its shale holdings in the US, the company also purchased Ellora Energy in 2010 for $695 million. In 2011 it acquired Marcellus Shale gas producers Phillips Resources and TWP for $1.7 billion. In 2012 the company agreed to buy Celtic Exploration, which will give it 545,000 net acres in the liquids-rich Montney shale, 104,000 net acres in the Duvernay shale, and another acreage in Alberta. It is also investing heavily in deepwater exploration (in water depths greater than 1,350 feet). In 2010, in response to the BP oil rig disaster in the Gulf of Mexico, Exxon Mobil announced it was joining forces with Chevron, Royal Dutch Shell, and ConocoPhillips to create a $1 billion rapid-response joint venture capable of capturing and containing some 100,000 barrels of oil in water depths of 10,000 feet. In 2011 the company reported a major oil find in the Gulf, with potentially 700 million barrels of recoverable oil equivalent. Exxon Mobil is investing more than $1 billion in three refineries (Baton Rouge, Louisiana; Baytown, Texas; and Antwerp, Belgium) to increase the supply of cleaner-burning diesel by about 6 million gallons per day. In 2009 it made its first major investment in developing biofuels, agreeing to spend $600 million in an algae-to-fuel project with biotech firm Synthetic Genomics.